Increasing urbanisation and water usage has resulted in a proliferation of waterborne sanitation in Bangladesh. The majority of infrastructure projects focus on the provision of sanitation, but management of residual wastes is generally not given sufficient consideration.

For instance, according to Joint Monitoring Programme by WHO and UNICEF in 2006, 51% of urban areas had improved sanitation facilities and only 7% urban areas had sewerage connection. In addition, only 32% of the rural population was using improved sanitation in 2006. As a result, many urban dwellers remain unserved with basic sanitation and the vast majority of wastewater and septage is discharged without any form of treatment into rivers and water bodies, seriously polluting water resources and causing a diversity of economic impacts. o

Dhaka, the capital of Bangladesh, is the most densely populated city in the world. Almost one third of the total urban population lives in Dhaka city where DWASA (Dhaka Water Supply and Sewerage Authority) is responsible for total sewerage management and supply of water in the city. Only 20% of the households in the Dhaka city are connected to conventional sewerage systems and the rest, 80% use septic tanks, pit latrines, unhygienic latrines or open defecation (UNEP). Septic tanks are considered to be the most significant source of faecal or microbial contamination in groundwater. Since, large portion of population use septic tanks, population heavily dependent on groundwater (hand pumps, tube wells etc.) are exposed to microbial waterborne diseases. According to a study in Dhaka 54 per cent of hand pumps and tube wells were found to have faecal contamination (UNEP).

There is only one sewage treatment plant in Dhaka city (located at a place called Pagla not far from the bank of river Buriganaga) with a capacity of 120,000m3 per day which collects wastewater and faecal matter three times higher than its capacity (UNEP). Therefore, the plant bypasses most of the sewage and discharges directly into the river. As a result, breakdown of sewerage connections and sewerage overflows are regular scenes due to poor maintenance in Dhaka city. The result of the poor sanitation system in Dhaka city is the present condition of the Buriganga and Sitalakhya River, which are biologically dead now.

A recent study by JICA (Japan International Cooperation Agency) on the sewerage system reveals that Dhaka city sewerage suffers from extreme improper management and operation. Infrastructure investments are not keeping pace with the growth of the urbanization, and the Government lacks funds for operation and maintenance of existing infrastructure and services. With the local governments languishing due to lack of budgets and decision‐making powers, the economic conditions are not very buoyant and, in many cases, the environmental and social conditions are poor. The situation further exacerbates wastewater management which continues to be a huge challenge.

Conventional centralized approach to wastewater management has largely failed in Dhaka to address the wastewater disposal needs of poor communities due to high capital investment, poor operation and maintenance and lack of energy for wastewater processing.

Towards the comprehensive wastewater and sanitation strategy

The decentralized approach—referred to as Decentralised Wastewater Treatment Systems (DEWATS) – has been demonstrated to be a cost-effective and efficient way of wastewater treatment for sustainable infrastructure development especially in densely populated urban regions where adequate wastewater treatment systems do not exist and uncontrolled discharge of wastewater endangers environmental health and water resources. Decentralized approaches also offer increased opportunities for local stakeholder participation in planning and decision making.

DEWATS can treat wastewaters from domestic sources. They can provide primary, secondary and tertiary treatment for wastewaters from sanitation facilities, housing colonies, public entities like hospitals, or from businesses. Moreover, it usually functions without technical energy inputs. Independence from outside energy sources and sophisticated technical equipment provides more reliable operation. 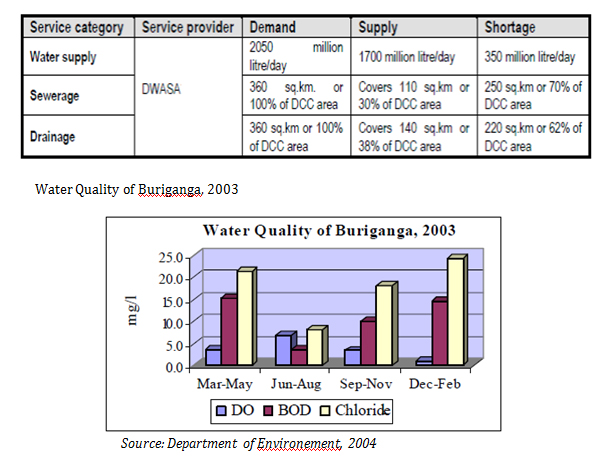 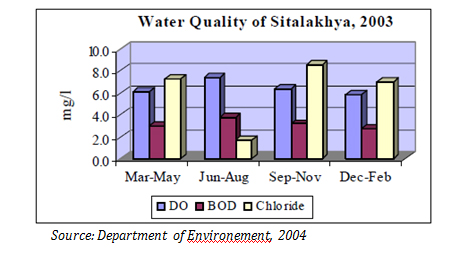 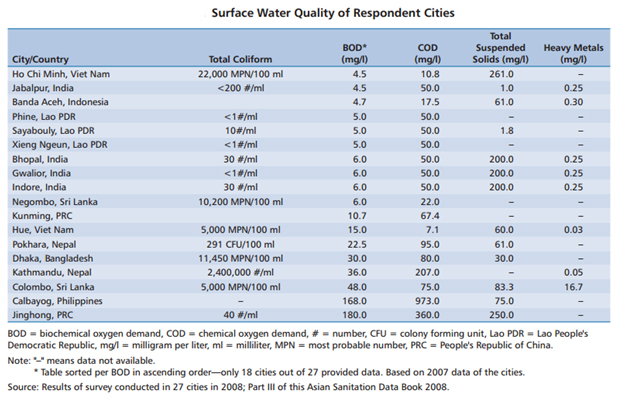 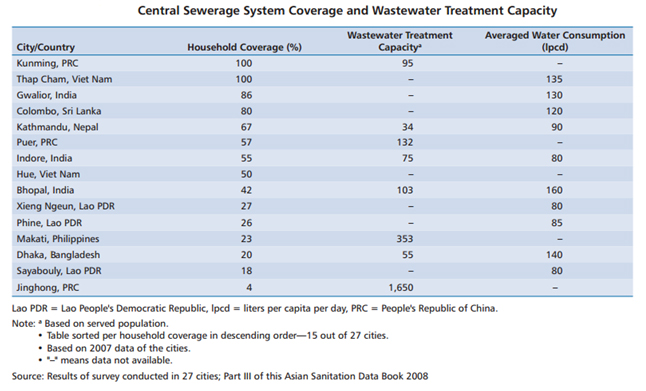 Per Capita Water Consumption in Bangladesh 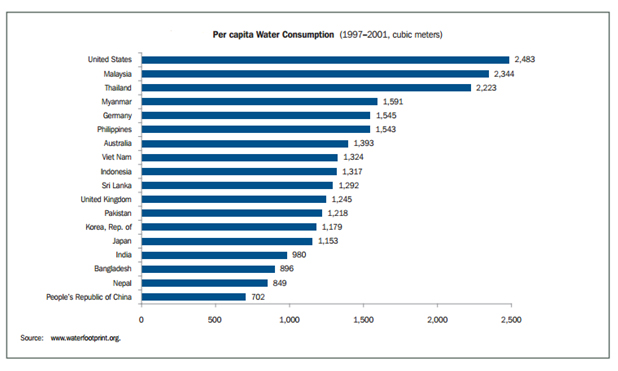