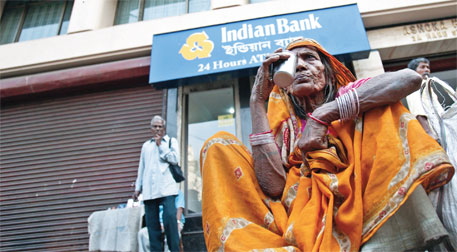 Appreciating India's Aadhaar digital ID, this World Bank report ssays that the initiative is estimated to be saving the government about $1 billion annually by curbing corruption as it underlined that digital technologies can promote inclusion, efficiency and innovation.

More people around the world have access to mobile phones today than to electricity or water. Does this mean the digital revolution has truly dawned? The answer to that question is no, not yet, says the World Bank’s 2016 World Development Report on the internet, “Digital Dividends.” The spread of digital technologies over the last two decades has been rapid and generated a lot of excitement about the possibilities of the digital age. But the hoped-for benefits — greater productivity, more opportunity for the poor and middle class, more accountable governments and companies — have not spread as far and wide as anticipated, says the report. Digital Dividends, a survey of the latest research, data, and literature on the digital economy, says greater efforts must be made to connect more people to the Internet and to create an environment that unleashes the benefits of digital technologies for everyone. While Internet users have tripled in a decade to an estimated 3.2 billion, nearly 60% of people globally — some 4 billion people — are still offline, says the report.

Report | Net neutrality - DoT Committee Report
In-Court | Order of the Supreme Court of India regarding aadhaar card use for government schemes, 15/10/2015
Report | The Little Data Book on Information and Communication Technology 2015
Report | Mobiles for human development: 2014 trends and gaps
Report | Consultation paper on Regulatory Framework for Over-the-top (OTT) services
Report | Freedom on the net 2013
Report | The state of broadband 2012: Achieving digital inclusion for all
Report | Framework & guidelines for use of social media for government organisations
Related Stories from