Directions under Section 18(1) (b) of the Air (Prevention and Control of Pollution) Act, 1981 for prevention and control of air pollution in different type of Brick Kilns operated 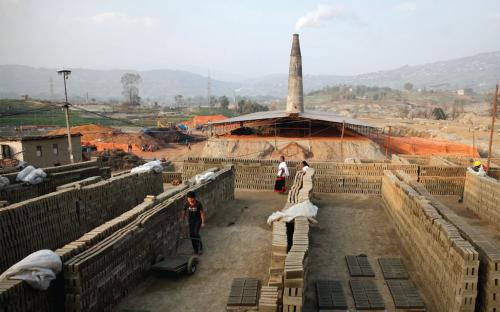 Central Pollution Control Board (CPCB) has ordered closure of all kilns that do not have sanction of state pollution control boards (SPCBs).

Having found a number of cases of violation of emission standards, the Central Pollution Control Board (CPCB) has asked all pollution control boards and committees of states to immediately close down the brick kilns causing pollution. The CPCB, which inspected several brick kilns in June, also noted the "pathetic condition" in which the labourers toil -- in 4-6 inches layer of fine dust. In an order, the CPCB also noted that while it received several complaints about pollution caused by brick kilns in different parts of the country, there was no significant progress towards pollution reduction. No significant progress observed for compliance of conversion of Natural Draft Brick Kiln to Induced Draft Kiln -- zig-zag brick setting with rectangular shape of kiln, the CPCB said. The CPCB asked the states to provide it the status of conversion of natural draft to induced draft brick kilns, which controls the emissions. All the brick kilns operating without permission and valid consent from SPCBs, not meeting prescribed norms and guidelines be closed down with immediate effect, CPCB told the State Pollution Control Boards (SPCB).

Guidelines | Guidelines for abatement of pollution in brick kiln industry
Report | Brick kilns performance assessment: a roadmap for cleaner brick production in India
In-Parliament | Question raised in Lok Sabha on Particulate Matter, 29/11/2016
Report | Inventory and assessment of pollution emission in and around Agra-Mathura region
Report | A review of the process for setting Industry-specific emission standards in India
Related Stories from