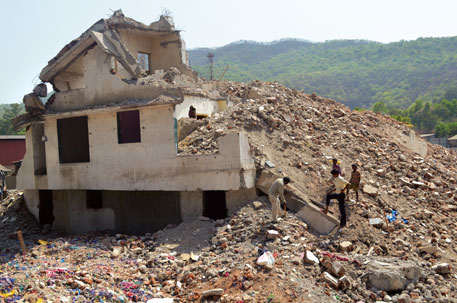 Annual economic losses due to disasters cost the Asia Pacific region nearly $675 billion, about 2.4 per cent its gross domestic product says this new report released by the UN Economic and Social Commission for Asia and the Pacific (ESCAP).

The Asia-Pacific region faces a daunting spectrum of natural hazards. Indeed, many countries could be reaching a tipping point beyond which disaster risk, fuelled by climate change, exceeds their capacity to respond. This Asia-Pacific Disaster Report 2019 shows how these disasters are closely linked to inequality and poverty, each feeding on the other and leading to a vicious downward cycle. It assesses the scale of losses across the disaster ‘riskscape’ and estimates the amounts that countries would need to invest to outpace the growth of disaster risk. It shows the negative effects of disasters on economies in the region and where investments are more likely to make the biggest difference.