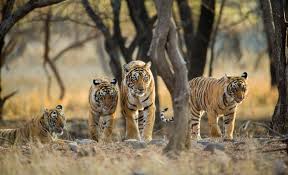 Protecting the animals, plants, fungi and microorganisms that thrive in forests must become a fundamental goal of sustainable forest management worldwide, according to this new report by the Food and Agriculture Organization of the United Nations (FAO).

Forests harbour a large proportion of the Earth’s terrestrial biodiversity, which continues to be lost at an alarming rate. Deforestation is the single most important driver of forest biodiversity loss with 10 million ha of forest converted every year to other land uses, primarily for agriculture. Up to 30 percent of tree species are now threatened with extinction. As a consequence of overexploitation, wildlife populations have also been depleted across vast areas of forest, threatening the survival of many species.

Protected areas, which are considered the cornerstone of biodiversity conservation, cover 18 percent of the world’s forests while a much larger 30 percent are designated primarily for the production of timber and non-wood forest products. These and other forests managed for various productive benefits play a critical role in biodiversity conservation and also provide essential ecosystem services, such as securing water supplies, providing recreational space, underpinning human well-being, ameliorating local climate and mitigating climate change.

It is a search for optimal outcomes across social, economic and environmental dimensions of sustainable development. This study is a collaboration between FAO and the Center for International Forestry Research (CIFOR), lead centre of the CGIAR research programme on Forests, Trees and Agroforestry (FTA). Illustrated by eight country case-studies, the report reviews progress and outlines the technical and policy tools available for countries and stakeholders, as well as the steps needed, to effectively mainstream biodiversity in forestry.