❮    How India commutes to work

Over 100 years of
India's urban revolution

Between 2014 and 2050, India is projected to add 404 million urban dwellers and the number of rural residents is expected to decline by 52 million. As NITI Aayog recently released a three-year action plan for facilitating urbanisation in the country and dealing with key challenges like affordable housing, infrastructure development, public transport and promotion of Swachh Bharat,
we take a look at how the country has been urbanising over the last one hundred years.

According to census 2011, 31.3 per cent of of the country is urbanised comprising 7935 towns, both statutory and census. Greater Mumbai is the largest urban agglomeration in India, followed by Delhi, Kolkata and Chennai respectively. Mumbai is more urbanised than Delhi both in terms of population and built-up area.

Top 50 cities that are urbanising rapidly

The fastest rate of urbanisation between 2001 and 2011 was witnessed in Delhi (4.1 per cent), Mumbai (3.1 per cent) and Kolkata (2 per cent). Moreover, four of India’s cities—Ahmedabad, Bengaluru, Chennai and Hyderabad—are projected to become megacities by 2030.

How to view the map: Click on play button and hover over the bubbles to see detail or drag the timescale to view urbanisation in desire year

How to view the graph: move mouse over the lines to view urbanisation in desire state by year

How to view the maps: move mouse over the states to view urbanisation in desire state

Urbanisation is irreversible and it has its challenges 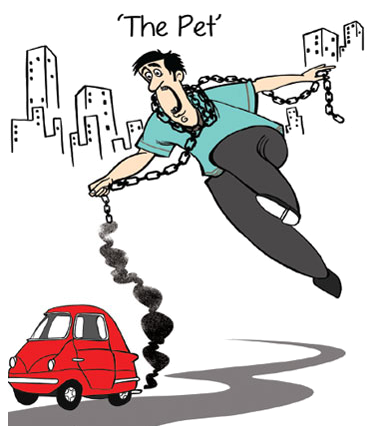 At a time when the idea of a ‘smart city’ dominates policy discourse, India is faced with a very real urbanisation challenge. The socio-spatial hierarchy in the country’s ever-expanding cities is growing deeper, even as inequalities of income, access and opportunities remain un-arrested. Marginalisation and ghettoisation remains appallingly commonplace in Indian cities, particularly in Tier I cities where rural-to-urban distress migrants end up in large numbers. As François Bourguignon, emeritus professor of economics at the Paris School of Economics, said recently in an interview, inequality in urban India is rising much faster than in rural India.

While the share of urban concentration in India continues to increase due to a rural-urban migration, slums are a natural outcome. Currently, there is a shortage of nearly 20 million homes in India. This is the first interactive in the series of 100 year of urban revolution, in our next interactive, we will present the myriad challenges India is experiencing in freeing cities from slums.