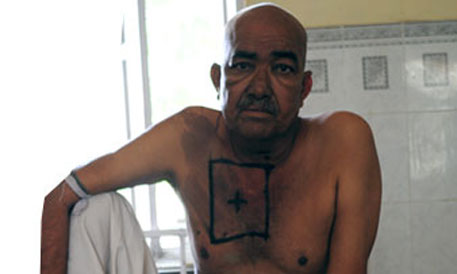 India's cancer cases could increase by 12% in the next five years projects the National Cancer Registry Programme Report 2020, released by the Indian Council of Medical Research and the National Centre for Disease Informatics and Research (ICMR). The country will have 13.9 lakh cancer cases in 2020, which will increase to 15.7 lakh by 2025.

Tobacco-related cancers constitute the highest burden among all types of the disease in India. As many as 27 per cent of cancer cases were caused due to tobacco consumption, according to a new report released by the National Cancer Registry of India (NCRI) on August 18, 2020. The report released the cancer prevalence landscape by taking into account cases registered from 2012-2016. It projected that cancers will rise by 12 per cent to 1,569,793 cases in 2025, from 1,392,179 in 2020. The report has included data from 28 population-based cancer registries (PBCRs) and 58 hospital-based cancer registries (HBCRs) in India.

Report | Report: WHO report on cancer- setting priorities, investing wisely & providing care for all
Feature | Impact of maternal reproductive factors on cancer risks of offspring: A systematic review and meta-analysis of cohort studies
Feature | Cancer treatment and survivorship statistics, 2019
Feature | The burden of cancers and their variations across the states of India: the Global Burden of Disease Study 1990–2016
Report | Three Hundred and Twenty-fifth Report on An Expanded Role for the Department of Atomic Energy (DAE) in Cancer Treatment in India through an Enlarged Network of the Tata Memorial Centre (TMC)
Report | Guide to cancer early diagnosis
Related Stories from