Agartala is the capital city of one of our eastern most states of India, Tripura. Even with much smaller vehicle numbers the city is witnessing increase in pollution levels and severe congestion. The city is built for walking and cycling and buses. The city must retain its strength and not let cars take over the space.

Agartala plans to be a CNG run city by 2013 and is also promoting battery operated vehicles. First generation reforms to improve fuel quality and enforce EURO norms have been successfully implemented. 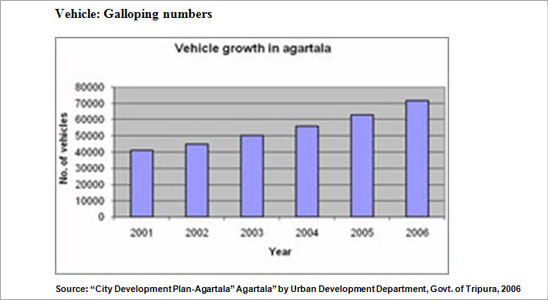 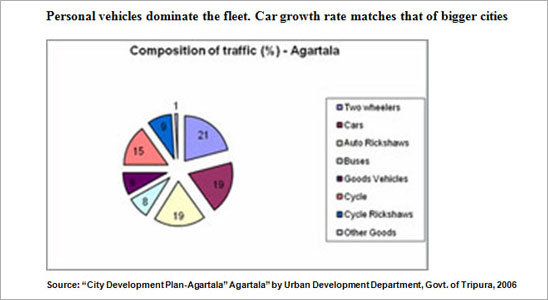 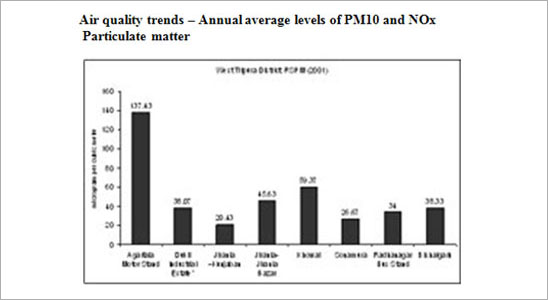 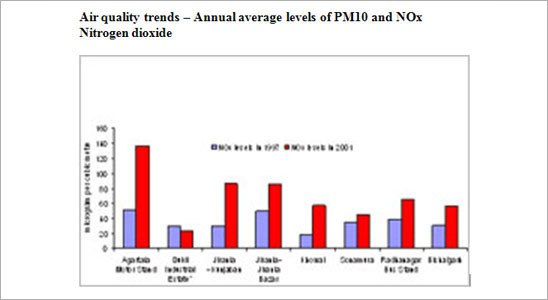 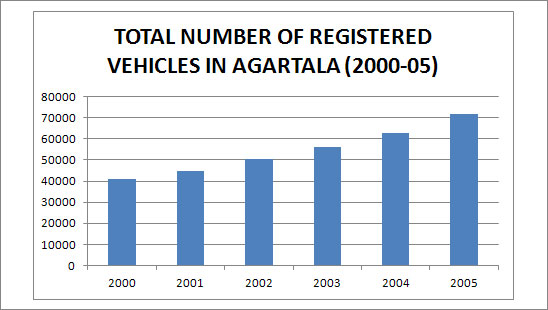